Steampunk Beholder Miniature robot sculpture – Daniel Proulx – Canada . : Steampunk Exhibition at The Museum of the History of Science, The University of Oxford, U.K. Image by Catherinette Rings Steampunk
The sculpture is only 4 cm large .

right upper arm : You can imagine that arm shooting a disintegrating
Newtonian beam .

bottom arm : a single magnetic wheel for an alternative transport and stability .

Beholder’s floats/hover above the ground . They are known to be obsessively Tyrannic .

Made by Daniel Proulx A.K.A : CatherinetteRings , Steampunk jewelry designer and sculptor

This sculpture is currently on display for the Oxford Steampunk Exhibition .

A Light in the Darkness

Hastings looked down the tunnel into the darkness. He looked down at his feet. The pools of filth lay stagnant on the ground at the edges, while a stream of foulness trickled down the middle. His shoes would have make do on their own. Some yards further into the tunnel, he found a twisted piece of iron left off to the side. He knew he was in the right place. The maker’s mark on the iron matched the ones taken from the smith’s yard near the docks.

Still further down the tunnel, there was a branch. One would lead to the lower reaches, the other further south, towards the houses on Merchant’s Row. The criminal element of the lower reaches were prime candidates for the theft of scrap iron, but something tickled at the back of Hastings’ brain. His intuition told him there was a connection between the theft of the scrap iron and rumors of an alliance between technologists and the guild of merchants, but there was nothing to prove it, or even to suggest that it was more than the hunch of a detective on probation.

Hastings listened carefully. Over the rumble of the train passing above, he could hear a deep rhythmic sound coming from the tunnel that lead towards Merchant’s Row. He walked cautiously down the tunnel, avoiding the splashing of walking in puddles of Ada-knew-what.

As he progressed, the rhythm grew louder and resolved itself to human voices, chanting, and the flicker of torches bounced off the wall. A cult? he thought to himself. That would be the third one this year. He reached into his coat pocket and pulled out a metal flask, holding it firmly in his hand. As he approached the source of the chanting and flickering, he unlatched a metal cylinder from the beltloop that held his coat.

Before he made his presence known, he stopped to listen. The chanting was in Latin – Laudamus te, deo omnifacente, adjuta nobis, dea technologistorum. Of course it was in Latin, he thought. Latin is the language of the Roman church, why not of other gods? This cult originator had apparently done his research on cultistry. The chanters had dark robes, chalk designs on the floor, and a brass altar. Upon the altar, the mystic theme was broken by a pile of scrap metal. Among the lead and iron piping lay a large vicegrip, a dangerously oversized blunderbuss and a rotary sawblade.

Hastings drew attention to himself by flicking the lever on the side of the metal cylinder. The snapping of a spring and the sliding of metal against metal drew the attention of two cultists, who broke from the circle of robed enchanters and advanced on him. With his truncheon extended, he let the robed chanters reach him. The chanting from the other cultists changed, growing louder as he faced the fighters: venite, surmitte nobis monstrum mechanicum. The swinging truncheon caught one cultist on the knee, his scream loud enough to be heard over the chant, which grew louder with each repetition. A blow from the second cultist knocked him to the floor, his truncheon rolling out of reach, lying halfway into the chalk circle on the floor.

The lead cultist, with a thick gold chain hanging around his neck, drew forth a glass orb and placed it on the altar as the chanting stopped, leaving a ringing in Hastings’ ears, and only the screaming of the injured cultist rang through the tunnel. The cultist who had punched Hastings pulled him up by his coat-front. Hastings shook the flask in his left hand and flicked the lid off it. A smell even fouler than the stench of the effluent in the tunnels rose into the cultist’s nose. The grip on his coat slackened as the cultist collapsed to the floor in a stupor.

Covering the flask once more, Hastings returned his focus to the other cultists. The torches had blown out while his attention was distracted, and the tunnel was lit by the golden glow of the orb on the altar. The light was growing fast, and Hastings and the cultists were forced to cover their eyes.

When the light cleared the pile of scrap on the altar had gone. Instead, a metal creature was suspended in mid air above the altar. A large eye in the middle surveyed the room suspiciously while metallic tentacles moved around it. The sight of metal moving like flesh made Hastings’ own flesh crawl. Most of the cultists looked as shocked and sickened as Hastings, backing away towards the walls, but the lead cultist held his ground.

‘Behold! I bring you forth from the divine workshop’ he declaimed. ‘I bind you to this place, leaving only to do my bidding! I hold you here under my power until I see fit to remove you to the place from which you came.’

The metal creature regarded the room carefully, floating in silence. Its eye turned to the chalk markings on the floor. It floated to the edge of the circle, where Hastings’ truncheon lay across the line on the floor. The eye shifted its gaze back to face the lead cultist, whose eyes had grown wide. The cultist looked at Hastings.

‘What have you done?’ he demanded of Hastings. ‘You’ve given it its freedom. We have no control over it.’

Hastings knelt on the floor, looking dumbly at the metallic creature, which beheld the scene before it. The creature floated out of the chalk circle, leaving directly over the gap made by the truncheon. The eye beheld Hastings once more, dipping softly, before floating back up the tunnel towards the surface of the city.

The lead cultist fled after it, declaming in Latin. After they had both gone out of sight, there was the scream of spinning metal, the scream of suffering man and the sickening sound of death. A golden light flashed, and the screaming stopped.

Now in the dark, Hastings drew out a small box with a crank on it. After a short winding, a light glowed in the darkness. The whimpering sound of the remaining cultists turned to gratitude, and Hastings led the cultist merchants slowly back to the surface.

In a foggy alleyway, a light yellow glow grew. A scream pierced the night, and then there was silence. 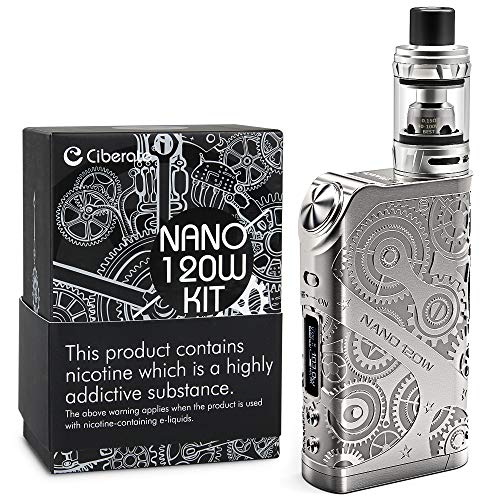 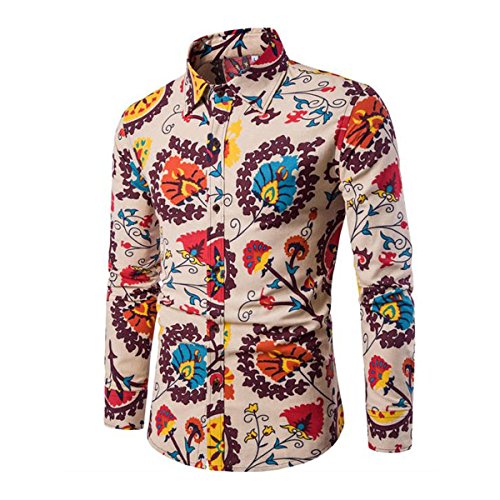 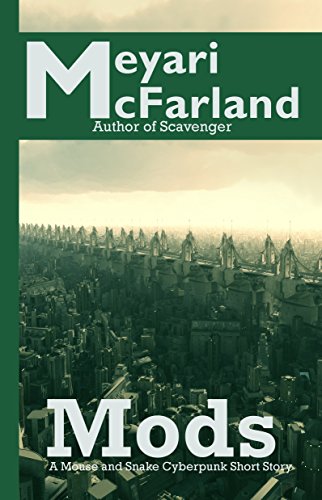 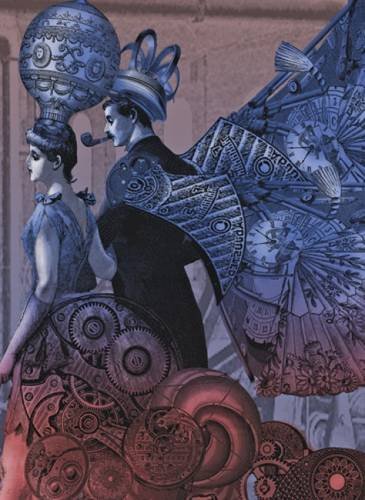 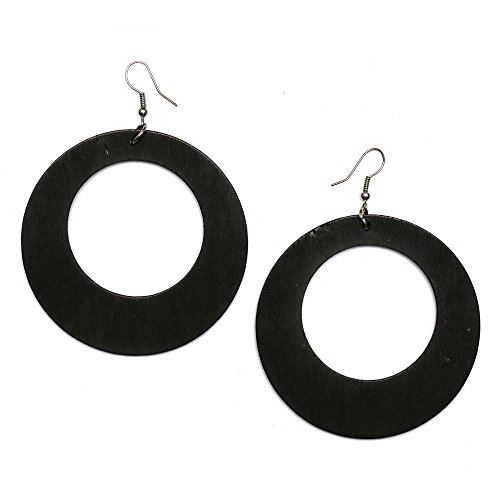 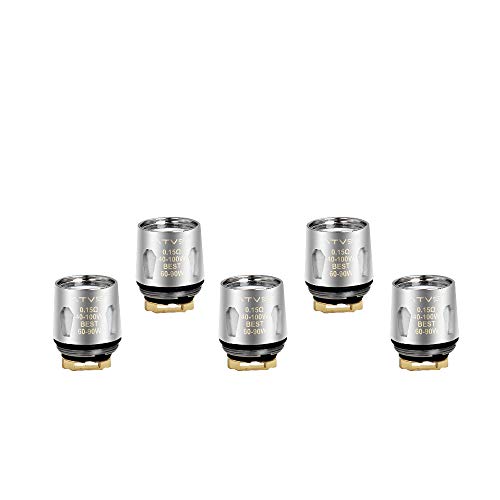 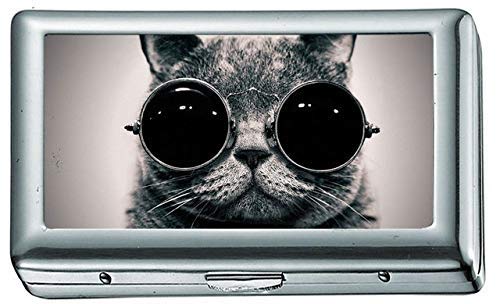 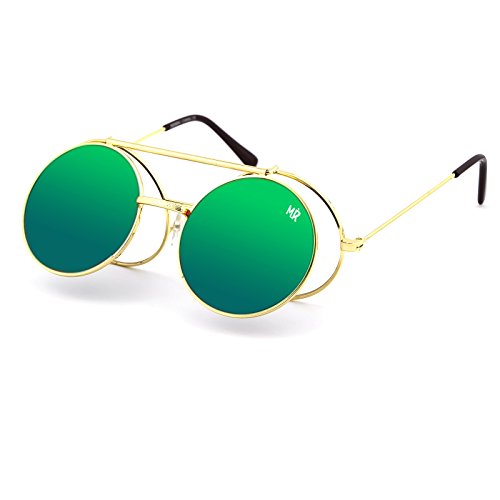 22 Responses to " Steampunk Beholder Miniature robot sculpture – Daniel Proulx – Canada . : Steampunk Exhibition at The Museum of the History of Science, The University of Oxford, U.K. " 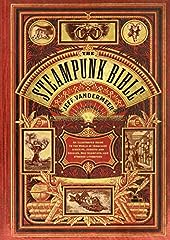 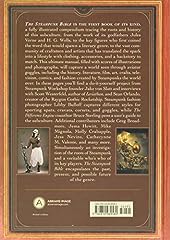 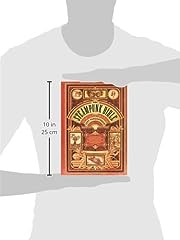 (522)
£18.99 £10.50
ABRAMS
(as of April 14, 2021 - More infoProduct prices and availability are accurate as of the date/time indicated and are subject to change. Any price and availability information displayed on [relevant Amazon Site(s), as applicable] at the time of purchase will apply to the purchase of this product.) 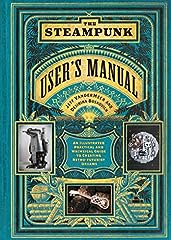 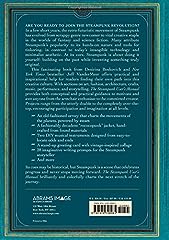 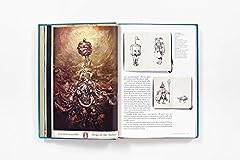 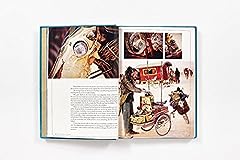 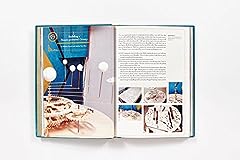 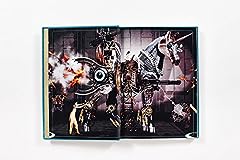 £15.99 £9.19 (as of April 14, 2021 - More infoProduct prices and availability are accurate as of the date/time indicated and are subject to change. Any price and availability information displayed on [relevant Amazon Site(s), as applicable] at the time of purchase will apply to the purchase of this product.) 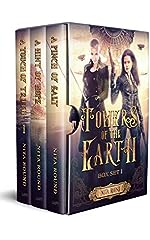 £6.99 (as of April 14, 2021 - More infoProduct prices and availability are accurate as of the date/time indicated and are subject to change. Any price and availability information displayed on [relevant Amazon Site(s), as applicable] at the time of purchase will apply to the purchase of this product.) 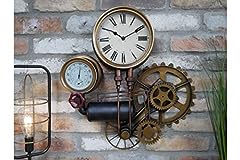 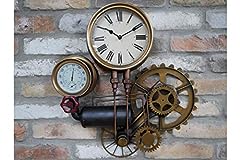 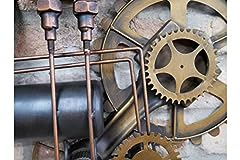 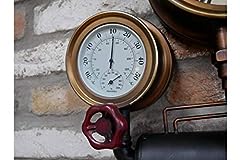 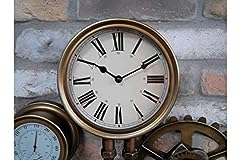 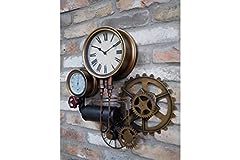 £64.99
This rustic industrial pipework wall clock would suit any retro style home. This practical and trendy decorative clock has a highly distressed brown black finish with pipe effect detailing to add to the industrial vintage style look. An antique white... read more
(as of April 14, 2021 - More infoProduct prices and availability are accurate as of the date/time indicated and are subject to change. Any price and availability information displayed on [relevant Amazon Site(s), as applicable] at the time of purchase will apply to the purchase of this product.)

(as of April 14, 2021 - More infoProduct prices and availability are accurate as of the date/time indicated and are subject to change. Any price and availability information displayed on [relevant Amazon Site(s), as applicable] at the time of purchase will apply to the purchase of this product.)